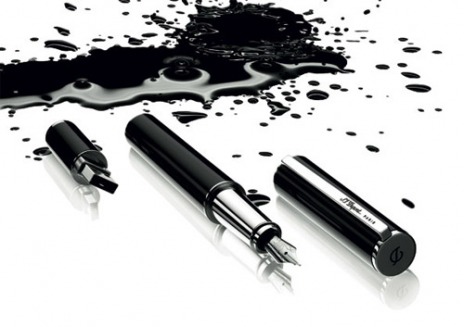 Group work is kind of a double-edged sword for me. I like doing projects with people. It seems like you come up with better ideas that way. What I don't like is the lack of focus that seems to be contagious in those situations. Things never get done when we meet in class, and then someone always ends up doing most of the work themselves. This group project was a little better than that. It seemed like we were all thinking along the same lines, on the same page, in unison. We were as one.... Anyway. I think the unique (and slightly random) topic encouraged us to think more creatively. It took more than just the usual research and creating a project to get the job done. There is one think I would like to see a teacher do in the future. Instead of giving us an amount of time we need to fill, we should be given a certain topic and told to do the best presentation on it that we can in less than a minute. I would definitely hold the audience's attention.

How scary is this...

The future's most in demand jobs haven't even been created yet! That means that some of the careers we're studying to be proficient in now will by then have become obsolete. It's scary! Whoever created that video "Did You Know" really knew how to catch a viewer's attention. Chances are that the techniques I am being taught to use when I become a teacher will be extremely outdated within the next ten years. Everything will rely on computers and the internet. It nearly all does now! We most likely won't even use printers or hardcopies anymore. It's kind of scary that our world will be so engrossed in technology. Computers are great and everything, but they can be unreliable. Don't get me wrong. I enjoy MP3 players and DVDs as much as the next girl, but I never save anything on the computer without a backup. I've learned how temperamental computers can be the hard way. I work at a dry cleaners, and every item of clothing that comes through our doors has to be checked into the computer multiple times along the journey to cleanliness. The process is quick and makes inventory simpler, but when the system goes down (as it periodically does) we're rendered helpless. It's frustrating for both the customers and the employees. The entire production comes to a standstill, and we all start running around like chickens with our heads cut off. Computers are great... until they quit working.

Personal Testimony and a Counter Argument

The advertisement that I chose is an animated coca-cola commercial. It appealed to me from the moment that I first saw it, not only because of its cute critters and sweet music, but because coca-cola is probably the number one drink consumed in my house. I know it's not healthy, but my family just can't seem to resist the fizzy, syrupy goodness. Past Coca-cola commercials have always intrigued me also. I have distinct memories of my family sitting around the living room at christmas time, sometimes opening presents, sometimes wrapping them, or maybe just watching a Holiday movie on TV. It seems that every time we were together, there was a heartwarming coca-cola commercial featuring a jolly Santa and a pop craving polar bear. The Christmas coca-cola commercial has become a symbol of the christmas spirit for me, full of simple joys and good times of sitting around a living room that was lit by the fireplace. A counter argument is a little trickier for me to come up with. I know there has to be one though, because everything can be argued in some way. I guess you could simply argue the aspect of whether or not coca-cola really is as good as they claim it to be. The commercial seems to be saying that the drink is so good that it deserves a parade every time somebody buys one. It would be easy for a person to disagree with that. Or, if you really want to get out there, you could argue that the things they show are misleading, because that could never really happen in a coke machine. Most people would probably assume that that was understood though.

A Summary of "Finding Neverland"

"Finding Neverland" is the fantastic story of J. M. Barrie(Johnny Depp), the famed playwright of "Peter Pan," a tale of a boy who never grows up, written by a man who wished that he never had to. The story begins when Barrie suffers the flop of his latest play, "Little Marry." It is after the failure when he meets the newly widowed Sylvia Davies(Kate Winslet) and her four sons: Peter, Jack, George, and Michael. A friendlyrelationship quickly evolves between Barrie and the family. Scandalous rumors also quickly emerge, suggesting more than just a friendship between Sylvia and the married Barrie, highly influenced by Emma, Sylvia's over controlling mother. Despite the rumors, Barrie continues to spend most of his spare time with the family, enacting fantasy stories with the four boys and reliving the childhood that he never truly had and refuses to let go of. All of these adventures eventually lead to the inspiration of the play "Peter Pan," whom the main character, Barrie named for the child he had most bonded with. The play is only just barely permitted to open in the theater, as producers believe the play to be for a lower class of theater goers. "Peter Pan" is a surprising hit, however, when Barrie makes the clever suggestion to have children scattered through the audience, who in turn cause the adults to respond to the production. Sylvia, unfortunately, suffers from failing health and is too ill to attend the play inspired by her children. So to suit her needs, Barrie has the play come to her. He brings the actors and set to her home and has them act out a special performance. Very shortly after, Sylvia dies, and in her will she has left the children to both her mother and Barrie, leaving the viewer with a sad but fuzzy feeling. 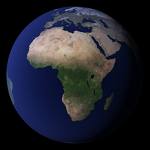 To read more of my blogs, click on Africa